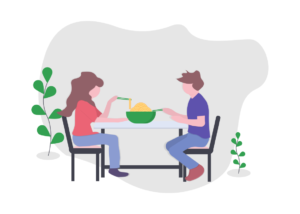 A.A. Oldtimers…On the Eighth Step
A.A. Grapevine, June 1945, Vol. 2 No. 1
“Made a list of all persons we had harmed, and
became willing to make amends to them all.”
It was characteristic of many of us as alcoholics to at least attempt to perform in the grandiose manner. And in harming others we usually succeeded magnificently. So, to say that the first phase of the Eighth Step is a large order is to indulge in understatement which matches our bombastic style.
And yet, however extended be the list of those we have harmed, the fulfillment of this step’s admonition need not be a tedious nor a burdensome undertaking. In the first place, let’s examine the meaning of the verb: Amend.
Webster’s New International Dictionary defines it thus –“To make better, especially in character; to repair, restore; to free from faults, put right, correct, rectify. . .”
There is the credo to which we of A.A. subscribe; the goal we hope to
achieve through sobriety. It is both the manifestation of our adherence to the other 11 Steps and our performance of the Eighth itself.
The definition continues: “. . . to change or modify in any way for the better; to recover from illness.”
It was written for us!

About our Unity Newsletter ...